Most Common Reasons A DUI Case May Be Dismissed 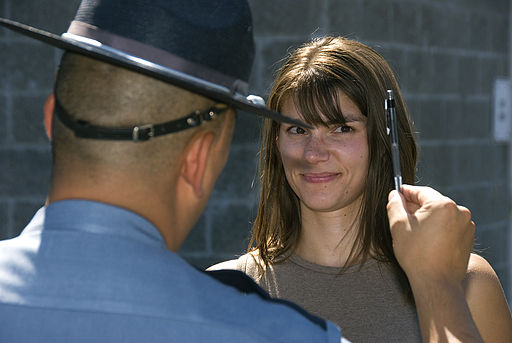 Driving under the influence is a major problem across the country and there has been a major push during the past few years for police officers and law enforcement agencies to step up their enforcement of DUIs. For those who might not know, a blood alcohol concentration (BAC) of greater than 0.08 is considered intoxicated. While it is important for this law to be enforced, individuals can also have their rights violated by overzealous police officers. This could lead to innocent people being charged with a DUI. This is a serious charge that has the potential to upend someone’s personal and professional life. Therefore, it is important for everyone to know about the most common reasons why a DUI charge is dismissed.

An Invalid Stop Conducted by a Police Officer

In order for someone to be charged with a DUI, they first need to be pulled over; however, the police officer needs to have a valid reason to pull someone over. The officer needs to have a reasonable suspicion to stop a car. The officer needs to be able to explain to the judge why he or she conducted a traffic stop in the first place. Therefore, if someone has been pulled over for a DUI, it is important for an attorney to take a look at the case and see why the officer decided to pull someone over. There might be an invalid reason which could lead to a dismissal.

When an officer pulls someone over under the suspicion of driving under the influence, he or she is going to use a set of field sobriety tests. These tests are voluntary, and they are designed to support the case of the state at trial. Some of the tests that might be used include a gaze test, a walk and turn, and even the alphabet test. These tests need to be administered in an appropriate manner. If the tests are not administered properly, their validity is reduced and this could lead to the case being dismissed.

Another tool the police might use is called a breathalyzer. This tool is designed to test someone’s BAC based on their breath. On the other hand, this test is only as accurate as the results the machine can deliver. Sometimes, the machine has not been calibrated recently. This means that the results coming from the machine are not reliable. If the BAC on the machine is not reliable, then the test is invalid. This could lead to a case being dismissed. A lawyer knows how to take a look at the machine and ensure that it is being maintained appropriately.

A Strong DUI Defense is a Must

Getting arrested is stressful and a conviction for a DUI can impact someone’s life forever. Everyone is entitled to the strongest defense possible. A trained attorney knows how the state is going to prosecute a DUI case. Therefore, an attorney knows how to defend his or her client as well.