Can Police Draw Blood Without Consent for Suspected DWI? 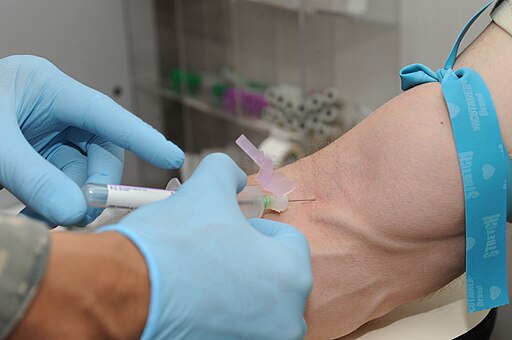 Most Texas drivers know they can receive a driving while intoxicated charge with a blood alcohol content (BAC) of 0.08 or greater when operating a motor vehicle. Law enforcement officials estimate BAC indirectly using a breathalyzer to measure the amount of alcohol in breath, but directly measuring BAC requires analysis of a blood sample.

Withdrawing blood usually requires your consent or use of a warrant, but some officers have tried to obtain blood samples from people suspected of DUI without their consent. Blood has been taken by force, or even from an unconscious driver, but can this evidence be used in criminal proceedings? Recent cases have shed light on this topic.

Can Your Blood Be Taken Without a Warrant?

The issue was taken up by the U.S. Supreme Court in the case of a Wisconsin man who was convicted of a seventh DUI offense in 2013. In this specific case, he was unconscious when police drew his blood to prove their high BAC suspicions. Prosecutors argued that obtaining a warrant would be too time-sensitive, and they maintained that implied content laws mean officers are not required to obtain a warrant before drawing the blood of drivers suspected of driving while intoxicated.

What Is Implied Consent?

Implied consent, in most states, means that people who are arrested on suspicion of driving under the influence can have their licenses revoked if they do not agree to having a blood test. Those who do not provide consent may also have that fact used against them in a criminal court proceeding. In the Supreme Court case, the defense maintained the unconscious defendant was in no position to provide implied consent. They also stressed that such actions unreasonably violated the defendant’s Fourth Amendment implicit protections against unreasonable searches and seizures.

Texas police officers were once permitted to take a blood sample from suspects if they had two or more prior DWI convictions. That approach was called into question as being unconstitutional by the Supreme Court case and other opinions handed down from the Texas Court of Criminal Appeals. Texas police are now unable to take a warrantless blood sample without a suspect’s consent, and then use the results of that blood test as evidence in a criminal case. Texas courts have also held that defendants can challenge the State’s use of blood evidence which was taken at a hospital for medical purposes.